Marlboro Electric Cooperative Carousel A Business in Bloom
Posted: May 2, 2020 at 4:29 pm 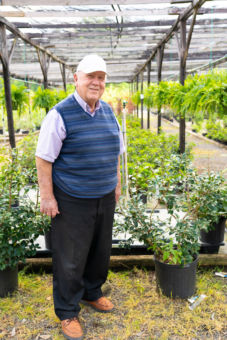 Bunch remembers his dad working in the nursery business in Charleston and Florence; he helped out in the greenhouse as a child but dreamed of doing something different.

In the 1950s, after graduating from high school, Bunch took a job at AT&T that brought him to Bennettsville. He made frequent trips back home to Charleston where he often purchased plants at Middleton Place, the oldest formal garden in the United States, to give to friends and neighbors.

“I met some people who were interested in hearing about my childhood growing up on a plantation in Charleston…and, from there, I started to do favors for people, just favors, bringing plants to Bennettsville,” he recalls. “I had no interest in growing a business.”

But business did blossom.

In 1959, Bunch left the telephone company to open Bunch’s Garden Shop and Nursery. The retail nursery grows and sells plants ranging from fruit trees, azaleas and roses to colorful annuals and perennials.

Local customers supported the business from the beginning but Bunch quickly realized he was growing more plants than he could sell in the retail garden center and needed other outlets. He decided to drive around to see if he could set up wholesale accounts with other companies. It was a decision that changed the trajectory of his business. 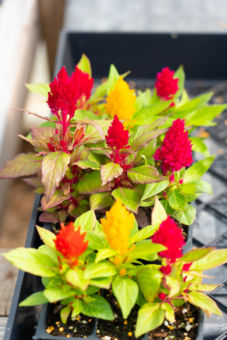 After some small successes, Bunch decided to stop at a local supermarket to gauge their interest in selling plants.

“I stopped at a Winn Dixie store in Hartsville and I had a good conversation with the manager,” he recalls. “He had some things he’d bought from another nursery to sell at his store and had no idea what he had. As a favor, I identified the plants and labeled and displayed them—and these were plants he bought from someone else. He wanted to pay me and I said, ‘No it was just a favor; I was happy to do it for you.’”

The manager was appreciative and promised that if the plants sold well at the Winn Dixie store, he’d start buying additional plants from Bunch. A couple of weeks later, Bunch received a call from the manager: He lived up to his word and placed an order.

Bunch delivered plants and, unlike the other nursery, all of the plants were labeled with descriptive and colorful tags so customers knew exactly what they were buying.

The plants sold quickly and Bunch started receiving regular orders from the supermarket. It was the start of a successful wholesale business that complemented retail nursery sales.

“All of a sudden, I had a second business in another town,” he quips. “It was exciting. I was getting about as much attention in that particular place as I was getting in my place as far as sales were concerned.”

“The idea for merchandizing these stores was to give to the customers who were walking through the doors at the Winn Dixie stores specialty plants,” he recalls. “I wanted to give them plants that were hard to find, things that people really wanted to plant in their yards.” 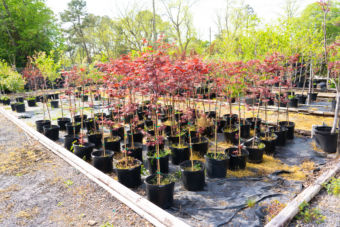 The plants that Bunch delivered to all five Winn Dixie stores sold quickly, capturing the attention of the supermarket executives who invited Bunch to their headquarters in Raleigh and proposed that he begin supplying plants to additional stores. Before long, Bunch was working with 350 stores across five states.

Bunch subcontracted with other nurseries across the South, including growers in North Carolina, Tennessee and Florida, to provide plant material for the supermarket chain and had trucks running 24/7 to ensure deliveries arrived on time. Other big box stores contacted Bunch about establishing wholesale accounts but he declined.

“Even though other companies wanted to join in on what I was doing…I never left Winn Dixie,” he recalls “I stayed very loyal to them and they stayed very loyal to me—and all those years of loyalty to one another with all the business being done, we never had a signed contract. It was all based on a handshake.”

The relationship continued until Winn Dixie went out of business in 2004.

“I sold to them for 43 consecutive years and it all started with a favor,” he says. 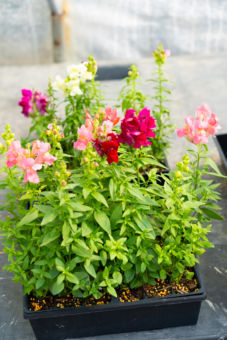 While Bunch was making sure all 350 Winn Dixie stores from South Carolina and Georgia to Virginia had a sufficient stock of colorful, local plants, his son, Glenn Bunch, was working behind the scenes in Bennettsville.

Just like his dad, Glenn confesses that a career in the nursery business was not part of his plan. He attended Frances Marion University in Florence and went on to a 21-year-career as an officer with the National Guard.

“I wanted to get out of the nursery business [where I worked all through high school] and get out of Bennettsville,” he recalls. “I left and found out that I loved the business and the town more than I thought I did.”

Glenn calls his dad “the people person” in the business. Friends often tell him that they love going to the nursery to visit with Jim and always plan to devote at least 30 minutes to catching up with the elder Bunch. Glenn prefers working behind the scenes.

“I like people but I love the process,” he says. “I love being outside and watching things grow.”

There’s plenty to watch. In addition to the retail nursery in Bennettsville, Bunch Garden Shop and Nursery has a 20-acre farm on a separate site in Marlboro County where the team cultivates the plants that are later sold in the nursery.

Spring is the busiest time at Bunch nursery.

“Everybody gets spring fever and wants to get outside and plant and get dirty,” Glenn says. 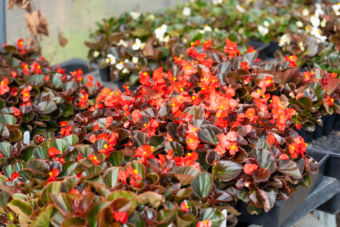 The second-generation nurseryman encourages customers to think of every season as gardening season: Summer is an essential time to tend to the plants, monitoring for pests and providing plenty of fertilizer and water while appreciating the fruits and flowers gardeners have been waiting on since spring. Fall, is the best time to establish new plantings because the cooler temperatures make it easier for the roots to take hold. Even though nothing is growing in winter, Glenn believes the dormant season is the perfect time to complete tasks like repotting and garden cleanup that you’re too busy to do in the spring

Regardless of the season, many of the customers that come into Bunch’s Garden Shop and Nursery are familiar faces; some even tagged along with their parents to purchase trees and flowers and are now shopping for their own yards.

“In a small town, everybody knows everybody; we know their neighborhood and sometimes even their yard,” he says. “We can ask questions about where they want to plant something or how big they want it to get and give them advice and make recommendations based on their specific situation.” 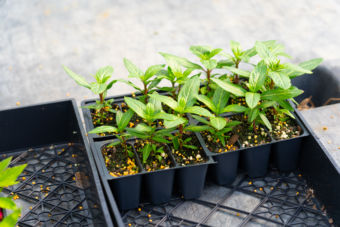 Customers often come in with photos of diseased leaves or tiny bugs asking for help. Thanks to their long history in the business, the father-son operators can provide advice on everything from plant selection to pest control.

Just as his dad provided superior customer service to major accounts like Winn Dixie, Glenn Bunch makes sure to provide the same level of service to each shopper who comes into the greenhouse—even if they only buy a single plant.

“We’ve been doing this for a long time,” Glenn Bunch says. “If someone comes in with a problem, we want to help them solve it.”

The proliferation of big box garden centers has forced the nursery to get creative.

“The chain stores have changed things a lot,” says Glenn Bunch. “Small nurseries like us have to specialize so we have some of the same plants that are sold at Walmart and Lowe’s but we also have things that are different, that make people want to come to us.”

It’s the same tactic that Jim Bunch used to build a successful wholesale business with Winn Dixie decades ago.

“I worked very hard to find these first class plants, the same plants that could be found at the very finest garden centers in other cities, and I worked at getting these products at a reasonable price,” Jim Bunch recalls. “I wanted to sell plants, not a high dollar price, but a price that anybody that wanted them could buy them.” 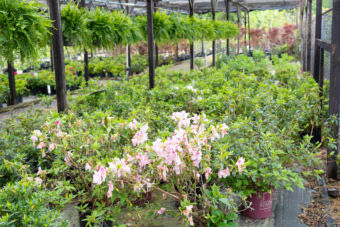 Looking back over his long career, Jim Bunch recalls that he was often chided for starting a business in Bennettsville and urged to consider larger cities like Columbia or Raleigh where greater opportunities might be waiting. Staying in a small town, he believes, was one of the biggest reasons for his success.

“I love the people here and I found success right here in the community,” he says. “Success can be found where your heart is and you can be as successful in Bennettsville as you can in Columbia.”

For an unplanned business that started with a few favors and a handshake, Jim Bunch admits that he couldn’t have planned it better.

“It’s been a wonderful trip through life,” he says. “I never dreamed it would happen, never dreamed that my entire nursery business would start, from the very beginning, with a favor.” 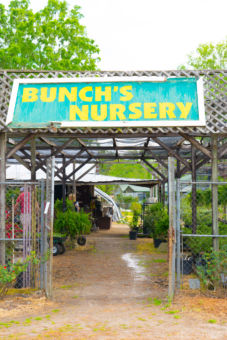 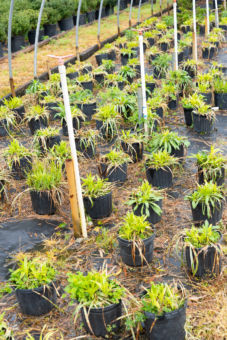 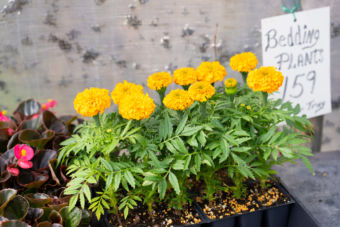 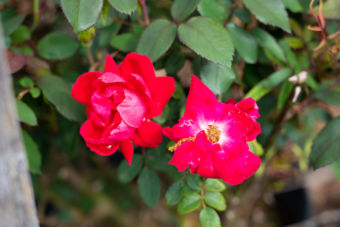 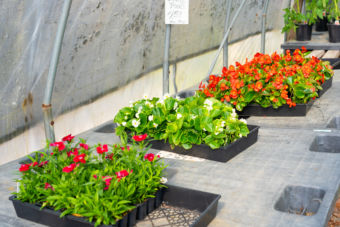 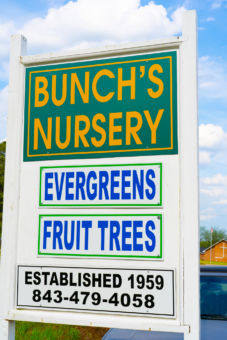 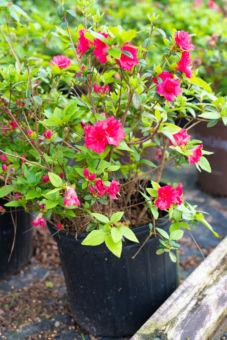 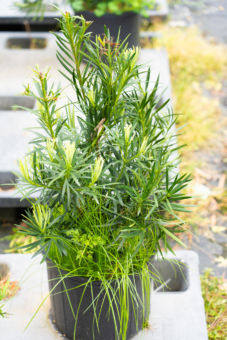