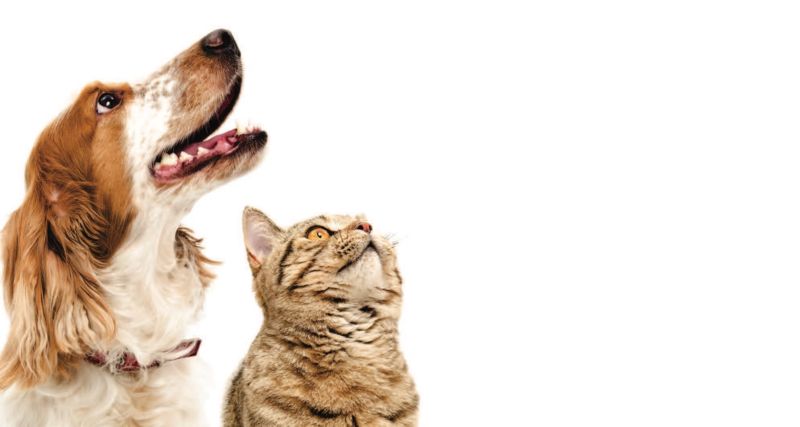 Unwanted animals in Marlboro County used to be sentenced to life in prison. The county operated a shelter out of the old jail, using cells as kennels for dogs and cats. Few local residents went to the shelter to find new four-legged family members, which meant most of the animals in the shelter were euthanized, not adopted. A group of volunteers wanted to save these abandoned animals from a death sentence.

With the help of local veterinarian Terry Eades of Marlboro Veterinary Services, the group set up a makeshift shelter on a lot adjacent to the clinic. The volunteers housed dogs in kennels or foster homes, provided food and veterinary care, and found adoptive families in Bennettsville and beyond. It was the beginning of the Humane Society of Marlboro County.

“It was really devastating to see the number of strays that were running the street that might have been sick or hit by a car, or the animals that were just left behind when their owners moved,” says HSMC Board Vice President Kenny Hinson. “I knew we had to do something on a larger scale. I had coerced all of our friends and relatives into adopting dogs, and we needed to expand our reach.”

In 2012, HSMC partnered with the county animal shelter to oversee rescue operations. The goal, according to Board President Jennifer Hyduke, was to increase the number of adoptions, giving the animals a new leash on life. The all-volunteer operation used social media and created partnerships with local and national rescues to help dogs and cats find their forever homes.

“At the time, we had six kennels at the vet’s office and there was one little dachshund, Charlie Brown, that no one wanted to adopt,” says shelter director Stephanie Jones. “I remember thinking that if we shared more on social media and connected with more rescues—sending them emails with lists of the dogs that we had instead of waiting for them to find us—we could start making adoptions happen. The animals needed us. We were accountable for their lives.”

The volunteers’ efforts were so successful that the county turned over operation of the shelter, which had moved to a newly renovated building on Ag Street, to HSMC in 2018.

Walking through the kennels, Stephanie stops to interact with each dog and cat. She knows all of the animals by name, recalls the details of how each one ended up in the shelter and shares information about their personalities.

She knows which ones like to attend playgroups together; which ones are most prone to jumping; and their preferences for food and toys. The details, Stephanie says, can help adopters choose the right pets for
their families.

Dallas, a 14-year-old long-haired chihuahua, was surrendered by owners who did not want to care for a senior dog. She has been shy and nervous.

Black pitbull mix Princess came to the shelter when her owner had to move into a homeless shelter. She was a beloved pet and her owner broke down when he handed over her leash.

Guy, buff-colored kitten, came in with a litter. His brothers and sisters went on a transport to a rescue in Pennsylvania. Guy will join them on the next van.

As an open-intake shelter, HSMC accepts all animals that come through its doors. On a given day, Stephanie might receive an injured stray dog captured by the county animal control officer; a litter of kittens surrendered by owners; or mistreated dogs signed into their care following court cases.

HSMC takes in an estimated 1,500 animals per year. Most are dogs and cats, but Stephanie has also welcomed ferrets, rabbits, guinea pigs and even a potbellied pig into rescue.

Animals arriving at the shelter are quarantined, bathed, treated for parasites, vaccinated and given medical and behavioral assessments before being placed for adoption.

The staff and volunteers pitch in to clean kennels and litter boxes, refill water buckets and feed animals. The dogs and cats get lots of love and attention to ensure they are well-socialized and ready to join their new families.

In 2019, HSMC received a grant from Petfinder to participate in training through Dogs Playing for Life. The national nonprofit organization trains shelter staff to run off-leash playgroups where dogs can interact with each other to burn energy, relieve stress and act like dogs. During their stay in the shelter, dogs participate in at least one 30-minute playgroup every day.

“The playgroups cut down on their frustration,” Stephanie explains. “Dogs are social animals that want to be around other dogs. The playgroups give dogs time to play with each other and a chance to learn more about the dogs and how they interact with us and each other.”

Although the animals receive excellent care in the shelter, Stephanie wants their stays to be brief. The goal is to get each animal into a permanent home. Few are adopted to homes in Marlboro County—or even within South Carolina.

A Place to Call Home

HSMC works with rescue groups in Pennsylvania, Delaware, New York, New Jersey, Virginia and Michigan. In these areas, spay/neuter programs are more robust. There are fewer unwanted litters and a strong demand for adoptable animals.

The nonprofit operates its own transport network, taking dogs and cats from the shelter to rescue partners up north where the animals are adopted into loving families. Volunteer drivers often travel throughout the night, their van loaded with up to 40 cats and 20 dogs.

Stephanie wants to spread the word to families across Marlboro County that loving dogs are available for adoption in their own communities to increase local adoptions.

HSMC does more than take in and adopt out animals. The organization helps struggling pet owners access food and veterinary care to ensure dogs and cats are never surrendered due to finances. Staff and volunteers tirelessly advocate responsible pet ownership through spaying and neutering.

A mobile spay/neuter clinic comes to Bennettsville from Columbia several times a year to provide low-cost surgeries. Bennettsville Animal Hospital offers vouchers for half-price spay/neuter surgeries—HSMC covers the other half of the cost. Reducing the number of accidental litters helps control the pet population in Marlboro County, which means fewer unwanted animals.

Board Secretary Sandra Matthews led a program in Marlboro County Schools to teach fourth graders the importance of spaying and neutering their pets. The children, she recalls, learned a lot from one of the activities.

“We brought all these little plastic dogs and cats and went around the room giving each student a few,” Sandra says. “One kid got four cats, another got two dogs. Then we’d tell them, ‘Your cat just had six babies,’ and we’d give them six more kittens. Before long, they were just inundated with puppies and kittens. One little boy looked at me and said, ‘Oh my gosh, I can’t feed all these dogs,’ and we told him, ‘it wouldn’t happen if you had the dog spayed.’ They really got it.”

A New Leash on Life

The shelter has gained national recognition for its work. Thanks to relationships with animal advocacy groups such as Best Friends Animal Society, PetSmart Charities, the ASPCA and the Humane Society of the United States, HSMC has received support and funding to improve shelter operations and address emergencies.

The director of shelter medicine from the ASPCA was touring HSMC when there was a distemper outbreak. The national nonprofit recommended applying for an emergency grant through PetSmart Charities to secure funding to treat the highly contagious disease. The ASPCA also created a quarantine and treatment plan, and pitched in to administer lifesaving treatments.

“The cost for treating the outbreak was around $20,000,” Kenny recalls. “Between ASPCA and PetSmart Charities, we got the funds we needed and saved a lot of dogs.”

The community has embraced the shelter too. Donations ranging from newspapers, blankets and pet food to financial contributions are dropped off almost daily.

“I think our community has been very supportive of us because they recognize that we’re doing the right thing,” says board treasurer and volunteer Peggy Bishop. “Sometimes we’ll get a $20 bill just because they want to help.”

The support has made a tremendous difference in the lives of the animals in HSMC care.

Coming through the shelter doors is no longer a death sentence for pets. Thanks to the efforts of the staff and volunteers, fewer than 2% of dogs and cats that come into the shelter are euthanized.

The work is not always glamorous. Staff and volunteers spend a lot of time cleaning kennels, scooping poop, scrubbing water buckets, washing blankets and wiping up dog slobber, but they say there is no place they would rather be.

“We’ve worked so hard to get to where we are right now, and I’m still amazed that we’ve grown so much,” Jennifer says. “The first time I rode by this shelter and the parking lot was full, I cried. It was what we wanted and we did it. We’re doing it.”