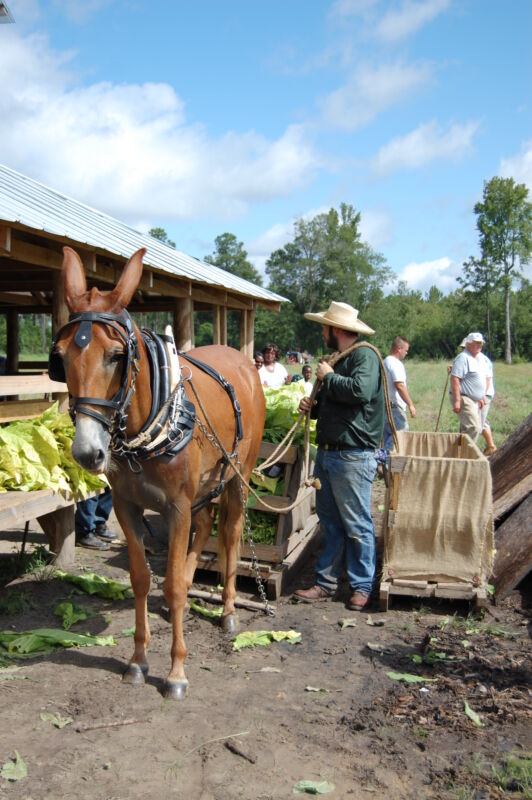 Jody Nyers still remembers the first time she picked pole beans at the L.W. Paul Living History Farm. The experience sparked such a feeling of nostalgia that she broke down and cried.

“The one thing my grandfather did, back in Maryland, was grow a little garden behind his house in town and…he grew green beans,” she says. “I remember grandad saying, ‘Jody Lynn, get out there and pick those pole beans,’ and it was an emotional, beautiful blessing for me and it told me that I was in the right place.”

Feeling a connection to agriculture was a surprise for the self-described city girl.

Nyers grew up in Washington, D.C., and spent her career working for the government; she was more comfortable shopping at the farmers market than growing her own food. When she retired and moved to Conway, South Carolina, a decade ago, she wanted to get involved in the community and learning about the local history seemed like a good place to start.

“History is so important and the farm is a place to learn about the history in Horry County…and to really embrace it,” Nyers says. “You walk out of the visitors center and you’re transported back to traditional farm life.  It really takes you back.” 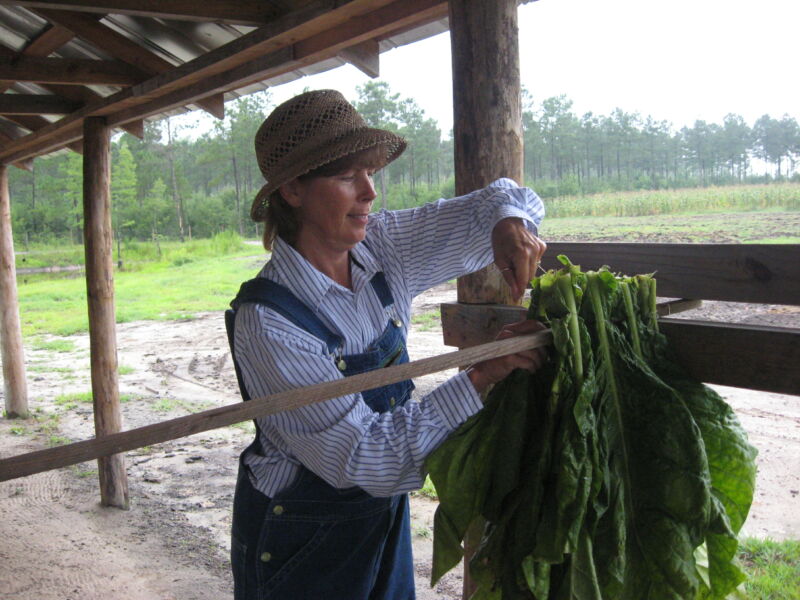 The History of the Living History Museum

The farm is part of the Horry County Museum and museum director Walter Hill credits the farm’s namesake, the late Larry W. Paul, for its creation.

In 2005, Paul, a homebuilder and philanthropist who grew up on a small farm in Horry County, wanted to donate his collection of farm artifacts to the Horry County Museum. The collection was so large and impressive that Hill had another idea: He wanted to use the collection as the basis for a living history museum.

Instead of taking a cane mill and putting it on a shelf, he wanted to grow sugar cane, grind it with a mule, cook it down and let visitors experience how the cane mill worked and what part of Horry County culture it represented. Paul was sold; he offered to fund the construction if the museum contributed the land. The goal: Create an immersive experience that reflected what life was like in Horry County 100 years ago.

“The county’s economy was originally rooted in turpentine, timber and tobacco [and] when it started moving more toward a tourism economy, the culture of agriculture began to be threatened,” Hill adds. “There were so many drastic, very positive changes…but those roots of the founding parts of Horry County history were being forgotten and we saw [the Living History Farm] as an opportunity to freeze and capture a snapshot in time before it was totally lost.”

The county council agreed and allocated a 17-acre parcel of land to the project. After two years of construction, the L.W. Paul Living History Farm opened to the public in 2009. 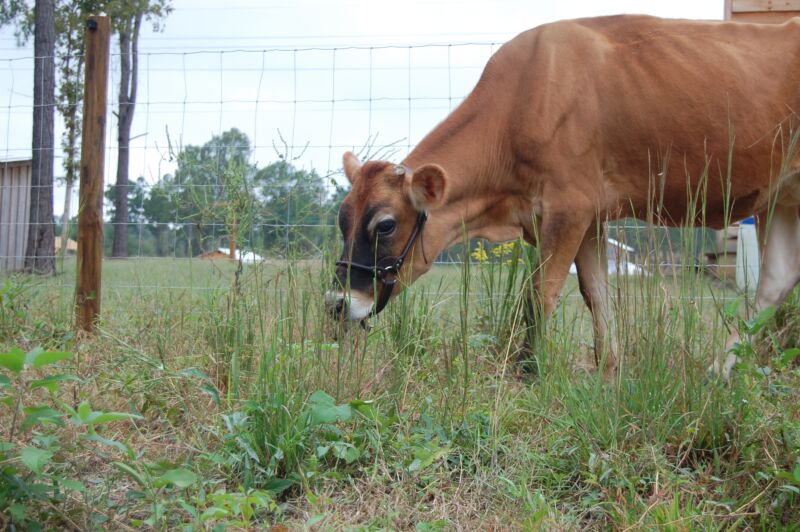 The site was set up to recreate what life would have been like on a “one-horse family farm” from 1900 to 1955. The museum includes all of the buildings that would be found on a farm or as part of a small farming community, including a farmhouse, barn, syrup shed, cane mill, gristmill, woodworking shop, blacksmith shop, sawmill and church.

But it’s not just a site with a bunch of old buildings. As its name suggests, it’s a museum that brings history to life. Costumed interpreters perform all of the chores required to keep the farm running from plowing fields, planting and harvesting crops and preserving the harvest to chopping firewood, making soap and fashioning tools in the blacksmith shop. Visitors delight with watching as each task is performed.

“Older locals are pleased and nostalgic to see part of their past is being preserved and interpreted and shared with others [and] younger visitors will say things like, ‘My grandpa told me about doing this but I never got the chance to see it or experience it and now his stories are coming to life for me,’” Hill says. “It’s an important project to preserving and interpreting the history of Horry County.”

The Association for Living History Farm and Agricultural Museums has bestowed several awards on the L.W. Paul Living History Museum for their traditional farm skills. Even Minnie the mule took home an award in the international plowing competition.

All in a Day’s Work

The Larry W. Paul Living History Museum  was designed to recreate an accurate picture of life on the farm. Pigs, chickens and a milk cow graze in the pastures and mules are hitched to the low to till files planted with acres of row crops like corn and tobacco. Volunteers collect eggs and milk the cow, harvest crops, grind corn into grits, boil sugarcane into syrup, and hang, dry and cure tobacco. Since the crops and chores change with the seasons, Hill notes that no two visits to the Living History Farm are alike.

“It is a working farm and seasons dictate change,” he says. “You can come to the farm once a month and it’s always going to be a different experience.”

Volunteers learn a lot, too. Nyers now knows how to grow tomatoes and cure tobacco, turn lard into soap and make corn syrup thanks to her time as a docent and tour guide at the Living History Farm. She also watched sow farrowing—an experience she still recounts with awe.

“All of these things were eye opening to me,” she says. “I’ve had so many positive memories from being on the farm.”

Not all of the visitors feel the same. Some of the old timers who grew up on farms just like the L.W. Paul Living History Farm remember the long days and back-breaking labor that farming required. Upon seeing the tobacco growing in the field or curing in the barns, Nyers often hears, “I don’t ever want to see a tobacco leaf again.”

“It really is one of the toughest jobs on the farm,” she adds.

Even those who wouldn’t want to trade modern conveniences for traditional farm life can appreciate that once-common-but-now-forgotten farm chores and the agricultural history of Horry County have been preserved on the farm.

“We hear a lot of people say, ‘I can’t believe you have this treasure in the middle of your county,’” Nyers says.

Getting Your Hands Dirty

As part of one of the most popular events, the History of Indigo in South Carolina, children learn how the blue dye was produces for the textile industry and then use the plant-based dye to tie-dye their own handkerchiefs.

For the generation more connected to their iPads than the source of their food, Marian Calder, public education specialist for the Horry County Museum, believes it’s a chance to make an important impression. 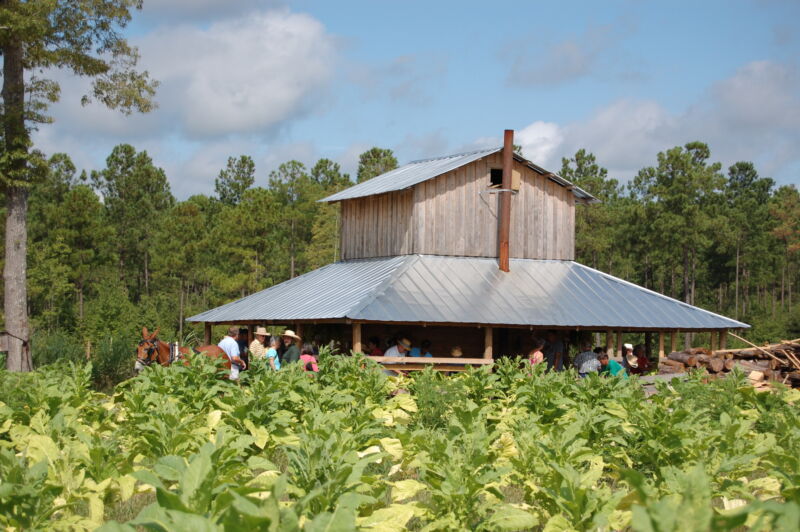 “When kids get their hands into something, it helps them appreciate it a little better,” Calder says. “Getting to go out and help plant things at the Living History Farm, brings history alive; it means more than dates and names and becomes a more immersive experience that they can enjoy and connect with.”

The farm hosts frequent special events like Smokehouse Day, Wild Game Day, Wash Day and Blacksmith Day that include themed demonstrations and activities. Hill notes that these weekend events tend to attract a lot of local families who may have memories of growing up on farms in Horry County or visiting their grandparents on their farms.

But the Living History Farm isn’t just a local attraction. Hill estimates that tourists—often those traveling from the Northeast to vacation in places like Myrtle Beach or Florida—make up more than half of weekday visitors to the farm. Many who stop in are unsure what to expect from a visit to a historic farm and quickly become fascinated with Southern agriculture; there are always lots of questions about unfamiliar crops like cotton and tobacco or products like cane syrup and grits that are staples in the Pee Dee but absent up north.

Even those who grew up in the Pee Dee Region are surprised to learn what life was like on the farm as few as 65 years ago.

“Coming to the Living History Farm gives you an opportunity to step back in time and experience a period in our history that is not typically [available] in a living history museum, which often focuses on Colonial or Antebellum periods while ours is a much more modern story,” Hill adds. “There is such an appreciation for preserving a part of our past; it puts history and culture in context.”