Marlboro Electric Cooperative Carousel The Making of a Museum
Posted: January 3, 2022 at 4:15 pm 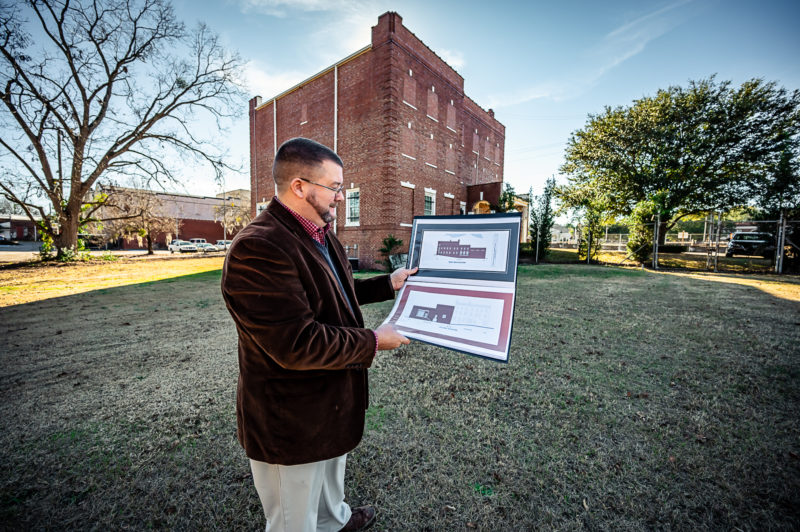 Carolyn “Bet” Norment Phillips and Brian Gandy had a routine: She invited him over to pick up historic material for the Darlington County Historical Commission archives and he shared news on the goings-on at the Historical Commission and then the longtime friends discussed what the nonprofit could accomplish with an unexpected donation.

“She would she would bring up the fact that she planned to sell her house and she would say, ‘If I could come up with $2,000, what would you be able to do with it?’ and I tell her what I would do with $2,000 extra and she’d say, ‘Wow, that sounds good,’” recalls Gandy, Darlington County historian and director of the Darlington County Historical Commission and Museum. “And then she’d say, ‘Let’s say luck shines in our favor and I could come up with $3,000 to $5,000, what would you do with it?’ and I would tell her… The highest dollar amount she ever asked me about was $20,000.”

The game went on for six months. Gandy loved dreaming up ways the Historical Commission could make an impact on historic preservation, document conservation and archive storage but believed the conversations were akin to two friends dreaming about spending lottery winnings: Fun to think about but totally outside of reality.

After Phillips died on March 11, 2018, Gandy was shocked to discover that she had included a $4 million gift to the Historical Commission for the purpose of building a museum.

“I was blown away; absolutely speechless,” he says. “Once we realize that she’d left us this gift for the specific purpose of constructing a museum for the community, we really set ourselves to the task.”

A Commitment to the Past

Phillips may have kept the bequest a secret but her commitment of historic preservation was well known.

Phillips, born in Darlington on October 20, 1928, was a longtime volunteer and patron of the historical commission.

During World War II, she was among the volunteers who published a newsletter to send to local troops serving on the frontlines; she later used the historic archives to find all of the old copies and partnered with the Florence Library to have them bound and indexed. All of the funds from sales of the three-volume set were donated to the Historic Commission.

“She had a vested interest in that [project] because that was something she had worked on earlier in her life; she knew he’s Importance of those documents,” Gandy says. “Bet was one of those people who bought into the idea—like I have—that the Pee Dee area of South Carolina…we don’t get a lot of attention.”

In 1736, the area now known as the Pee Dee Region was established with the settlement of the Welch Land Grant; the mule was introduced to Southern agriculture in the region; the economist that served as the advisor to Roosevelt who revamped the economy to bring us out of the depression was educated in Society Hill; there was a Declaration of Independence written and published in the courthouse in Society Hill 19 months before the American Declaration of Independence was signed in Philadelphia.

“It’s pretty profound to think that all of those things happened in the back country of South Carolina,” Gandy says. “We don’t really shine very bright until you start looking at the nuances of [our history] and you get an understanding that we’re a little more historically significant than folks have given us credit for. We don’t have to go somewhere else to find things to be proud of [and] Bet wanted a place where we could brag about who we are and where we come from.”

The Historic Commission has some renown in the area. With reams of historic archives, it’s known as a hotspot for digging up information.

Gandy estimates that 4,000 people contact the Commission every year for help with their genealogical research because their ancestors settled in this area, passed through or even buried children who died of diseases like Cholera or yellow fever during their travels. He hopes that combining the museum and archive will turn the new facility into a destination.

From Concept to Construction

Before the new Darlington County Historical Commission and Museum can earn destination status, Gandy is tasked with the role of deciding how to turn $4 million into a brick and mortar facility that tells the stories of the region. It’s a responsibility he takes very seriously.

After he received news of the bequest, Gandy embarked on a tour of 249 museums across the Southeast. He met with curators, talked to patrons and took copious notes about what worked well and what missed the mark; he used the information to work with the board of directors to develop a 32-page guide detailing their vision for the new museum. The goal: Create a modern museum with open exhibit spaces that were informative and inspirational but not overpowering.

A combination of permanent exhibits and special collections will follow a timeline that starts with natural history and ends in the modern era. The timeline will include time periods such as the Colonial Era, Gilded Age, World War II, and the New Millennium. In addition to local history, Gandy plans to include a “layered” timeline that also showcases what was happening on national and international levels during the same time period.

The board is in the process of creating a community working group to provide feedback on exhibit plans and ensure the narrative accurately represents the diverse voices of the region. Committee feedback will help the board decide which artifacts to include and whether a specific group or perspective is missing from the exhibit.

While the Historic Commission has an impressive collection of artifacts, Gandy has no plans to put everything on display. In fact, packed displays are the antithesis of how he envisions the new museum. It’s a decision he made while touring regional museums and discovering that when every nook and cranny is filled with new information, it’s impossible to take it all in and consider its impact.

Architect Bobby Goodson of Robert Goodson Architecture in Hartsville designed the new museum. Rather than starting from scratch, the museum will be an addition to the existing archives building and include an 8,800-square foot addition (bringing the total space to 17,000 square feet) and include the archives, lobby, museum and galleries; a research center and library will be on the second floor.

Gandy felt that it would be the best use of space – and funds – to add onto the current structure and believe that combining the archives and museum into a single location would provide the best visitor experience. The combined collections allow visitors to go through the exhibit galleries and, if their interest in a specific person, artifact or time period is piqued, head straight to the archives for more information. The decision also makes the new museum “an anomaly in the museum world in South Carolina, North Carolina and Georgia,” he adds.

“We took time to do our due diligence, to investigate, what we thought would be best for us [and] we hired a really good architect who was in tune with our ultimate goal, our operational philosophy and our community outreach goals,” Gandy says. “Bobby took all of that and embodied in the design and we’re extremely excited.”

With the design complete, the project was opened for contractor bids. It’ll take up to two months for the Historic Commission to award the project and, after that, the process of transforming two dimensional drawings into a three-dimensional space will begin. Gandy anticipates facility will be finished in 2023—five years after those first conversations with Phillips about what the Historical Commission would do with an unexpected gift—and the community is eager for the doors to open.

When news of the new museum spread, the Historic Commission started receiving an unprecedented number of donations: Gandy has received a collection of 3,000 letters that date back to the 1840s and the donation of a pistol that was used in the Civil War; and been promised a bed signed by the enslaved man who built it; he’s also fielded calls from a family in Greensboro, North Carolina, that has a cradle from the Thomas Hart House in Hartsville—and the list goes on.

“We typically get donations but we never received anywhere close to what’s coming in now; the support of the community has been so overwhelming,” he adds. “They see it as an opportunity to be part of something bigger and an opportunity to make sure their things are taken care of.”

As each donation comes in and the museum moves from concept to construction, Gandy remains grateful that Phillips trusted him to bring her vision for a museum honoring Darlington County history to life.